For all the adventure and thrill seekers, who never exhaust in seeking new adventures across the globe, glamping like Genghis Khan, replete with yurts (Mongolian tents) amid the splendor of the Mongolian desert, is now an option. Three Camel Lodge is no slacker of an eco lodge either, and takes its responsible tourism mission very seriously. Actively empowers the local community, pursues sustainable environmental practices, and helps preserve the traditions and cultures of Gobi Desert nomadic tribes, and protect its wildlife.

Built in the heart of the Gobi according to environmentally and culturally sustainable development guidelines, the Three Camel Lodge offers a blend of adventure and sophistication, combining traditional style with superb service to create the ultimate expedition experience.

ENVIRONMENTAL & WILDLIFE CONSERVATION PROGRAMS
The Three Camel Lodge has a first-of-its-kind cooperative agreement with the Bulgan Sum Township and Gobi-Gurvansaikhan National Park authorities. The Lodge serves as a base for scientific research and wildlife monitoring and actively fights against animal poaching and the unauthorized removal of dinosaur fossils from paleontological sites. Hunting has been prohibited within a 12-mile radius of the camp. 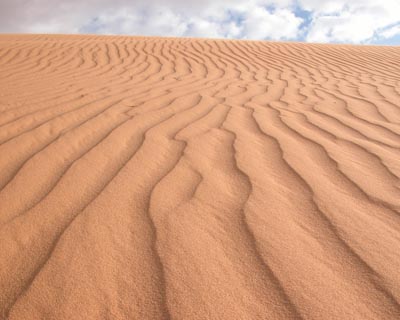 In an effort to preserve the population of indigenous Gobi plants and provide cover for migratory birds that visit nearby Mt. Bulagtai, the Lodge has planted over 6,000 native plants and trees throughout the camp since 2003. 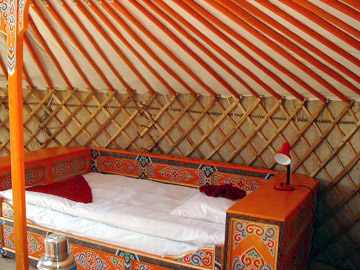 The Lodge is an active supporter of the Ongii River Movement, an award-winning organization that aims to protect one of the few rivers that run into the Gobi from the damaging effects of mining activity. These desert rivers and the seasonal lakes where they end are critical resources for Gobi wildlife.

The Lodge recycles its organic waste to local farms for use as fertilizer, builds and supports greenhouse projects, and helps local farmers with the raising of pigs, chickens and livestock. These efforts result in less waste being transported to Ulaanbaatar and a reduction in the amount of food being imported to the area, as local ger camps (Mongolian tent) can now buy eggs, vegetables and meat from nearby farms.

The Lodge launched a ‘No Plastic Bags in the Gobi’ program and is working with local residents and small businesses to encourage the use of cloth shopping bags.

BUILDING AN ECO-LODGE
Electricity to power light bulbs in the gers, restaurant, bathrooms, and bar is provided mainly by solar power. Wind energy is also used as a supplementary source of energy. The energy consumption is constantly re-evaluated for efficiency and measures are taken to reduce usage as much as possible.

Unprocessed natural stone was used for the buildings and traditional Mongolian felt ger tents are used as guest rooms. Local artisans and workers crafted the roofs of the buildings in accordance with the canons of Mongolian Buddhist architecture, without using a single nail.

All trash is separated and transported to neighboring dump areas. The Three Camel Lodge is the only local camp to practice this sorting and recycling.

CULTURAL PRESERVATION & EDUCATION
The Three Camel Lodge established ‘The Kids Who Love Nature Association,’ an organization that gives local children the opportunity to learn about environmental issues and participate in conservation. Leading naturalists and scientists from the Mongolian Academy of Sciences give presentations on the wildlife, botany and paleontology of the Gobi, and children participate in projects such as planting native trees and cleaning and protecting mountain springs.

Flaming Cliffs, named after the sun effect on the desert.

With the assistance of the Lodge staff, local children have participated in the cleanup of national park areas such as the Yol Valley and the Flaming Cliffs, and the Lodge sponsored and funded the planting of 2,000 trees at a local public school in Dalanzadgad, the provincial capital of the South Gobi.

Since 2005 the Lodge has been a sponsor of the Thousand Camel Festival, organized by a local NGO with the goal of protecting the endangered two-humped Bactrian camel. The much anticipated annual festival has also inspired a reawakening of interest in traditional crafts created by local artisans. The camel is nicknamed “The Gobi Ship” by local people, and is an inseparable part of the life of nomadic Mongolians.

The Lodge has the highest percentage of local employees of any camp in Mongolia, and is one of the largest employers in the Gobi. All of the Lodge’s staff is Mongolian, with more than half being residents of the South Gobi province where the Lodge is located, and every trip guide is hired locally, as are all suppliers of transportation and food.